Dusting It Off, Picking It up, Starting All Over Again!

I wrote about food, family, friends and stitching stuff?

But I am going to throw in politics now.

I hear ya groaning. It's not for everyone. But...

I was raised in the legendary, smoke filled, back rooms of the Democratic Party.
My first words were "Bote Kennky!" which I repeated on cue as my Daddy took me around our staunchly Republican county in northwestern North Carolina while he campaigned for local, state and national candidates. I was less than a year old when I joined President Kennedy's campaign!

This evening as childhood friend of mine asked if I could give her a statement and share some pictures from yesterday's Women's March. She lives in our hometown and writes for the local paper. I marched in Raleigh, NC where I live now. 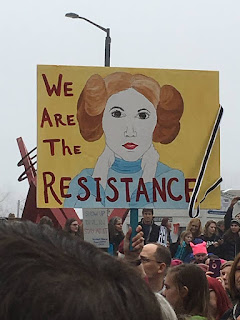 Here's what I wrote for her:

There are so many reasons to participate in events like the Women's March NC. I marched to honor my wonderful Grandmothers, Holbrook and Porter, who taught me to always be truthful and guided me to think for myself and be strong in my beliefs. I also marched to protest for rights of those who are and will be marginalized by our state and national governments' policies — women, LGBTQ, minorities, immigrants and the disabled. I am terrified by most of President Trump’s choices for his cabinet. They hold strong beliefs against people I hold dear. I have marched before, attended a few of the Moral Monday rallies and will continue to do so. Nothing is ever solved by marching but much can be learned from one's fellow marchers and from the folk who address the gathering. It is exhilarating and comforting to be immersed in a group that wants to affect the world through their words and works. 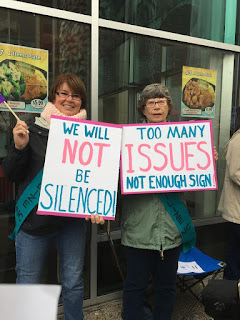 (Not me - just some nice ladies we met along the way.) 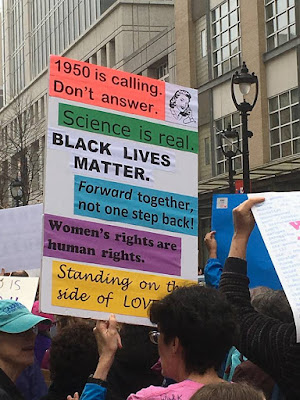 But I have also kept quiet out of a sense of decorum,
out of fear,
out of ignorance. 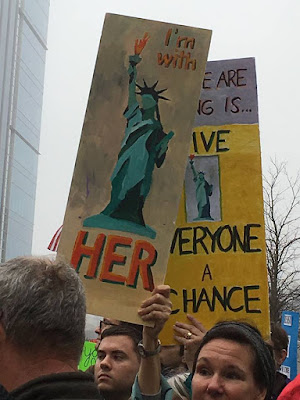 I will NOT sit still and let others suffer. 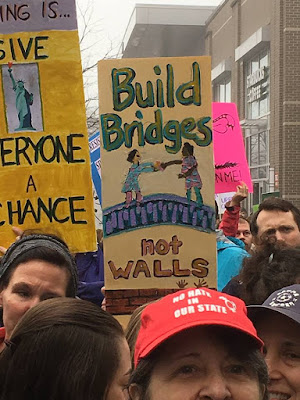 I will speak out.
I will act out.

I will still post stuff about food, family, friends and stitching stuff.

I am Handmade Certified!

View my complete profile
E-Mail me! (I think) I know everything!

In My etsy Shop!